Therefore take up the whole armor of God, so that you may be able to withstand on that evil day and, having done everything, to stand firm.
Ephesians 6:13

As a person who hasn’t ever really liked violent or war-like images around God, I have long ignored verses in scripture about fighting or going to battle for God.
They just make me uncomfortable.
I’m not a fighter.
Sure, I’m passionate and I’ll stand up for what I believe is right, but I’m not someone who jumps into the fray fists first.
It’s why I’ve found myself drawn to Gandhi and MLK Jr and the many other non-violent protesters in our history. It’s like they’re my people.
So this verse, about putting on the armor of God, has always been a tough one.
I’m not a soldier.
I value those who are, I think they are incredibly selfless to put their lives on the line for me and my freedoms, but I find it hard to relate to this image.
Especially when there are images of what this armor of God looks like:
A roman soldier looking man with a suit of armor on… 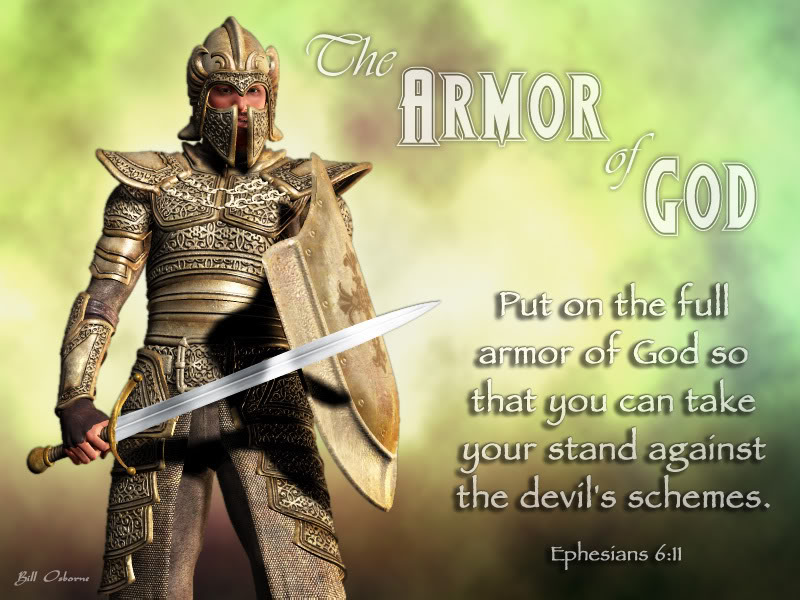 (Usually the question on these pictures says “Are you ready for battle?”… Um. nope.)
So this suit of armor, the armor of God, includes a belt of truth and a breastplate of righteousness.

A shield of faith and a helmet of salvation.

It has shoes of peace and a sword of truth.
The pictures usually are the suit of armor and then there are just WORDS on the armor, like having the word on there makes it the thing. 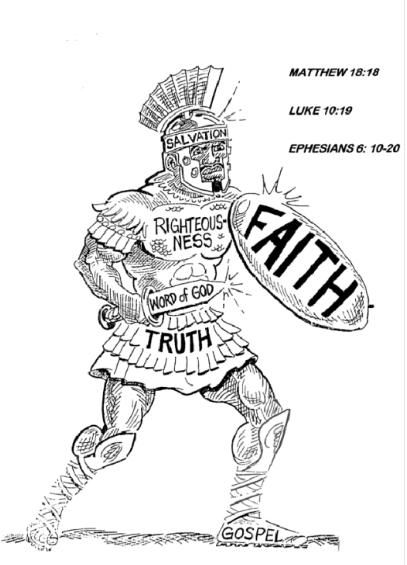 You guys.
That it NOT what Paul is saying.
Not at all.

Paul was writing this in his letter to the newly born church in Ephesus to help them live into their new identity in Christ.  What does it mean that they’ve been given a new life? How does that life look different than their old one?
The people in this new church knew that the city in which they were living wasn’t suddenly without problems or temptation just because they began following Jesus.
(to which we all say, DUH)
But Paul wanted the people to know that with Jesus on their side, they could withstand anything.
Any temptation.
Any evil.
Any illness.
Any struggle.
Any doubt.
Not that they wouldn’t come, but that our faith is what helps us stay standing.
So he uses this metaphor.
Of armor.
Which let’s be honest, is not all that relatable for us today.
A suit of armor is pretty impractical actually.
But to the people in Ephesus – this probably made a lot of sense.
They knew what an actual suit of armor was supposed to do.
It was supposed to keep them alive in battle.
That’s what the armor of God does too.
It protects our new life.
But it’s not an actual suit of armor.
God’s armor is different.
And it doesn’t look a thing like battle gear.
We have truth surrounding us, like a belt.
Instead of a breastplate, we have righteousness protecting our hearts.
Instead of a shield, we have faith protecting us from the barbs and arrows sure to come our way.
We have salvation covering our head, like a helmet would.
Instead of sword or other weapon, we have the word of God to help us fight against injustice.
And we have shoes (Paul says, any shoes will work, as long as they are peaceful) that help us take the Gospel out into the world.
I mean. Dang.
Doesn’t that seem better than a whole bunch of metal armor covering you?
When life gets tough, when things don’t go the way we hope,
When temptation surrounds us and we want to give up.
When we think we aren’t going to survive whatever battle we find ourselves in,
Then we remember the armor that God gives us.
The world tells us over and over again we are in danger, imminent danger, and we need to take care of ourselves and protect ourselves with metal cages that insulate us from the world outside.
But that’s not what a life in Christ is about.
We don’t need a metal suit protecting us, but faith and truth and peace.

Paul is reminding the followers of Christ, reminding us, that when we feel like we’re under attack, like either the world, or those around us, or even our own bodies are trying to pull us under… we have Jesus, and he has promised to be with us.
And then Jesus gives us all these tools to help us in the battle to just stay upright.
So remember this the next time you struggle.
Remember that Jesus has given you gifts that cover you from head to toe.
Yes you.
You’re not alone.
And you’ve got this. 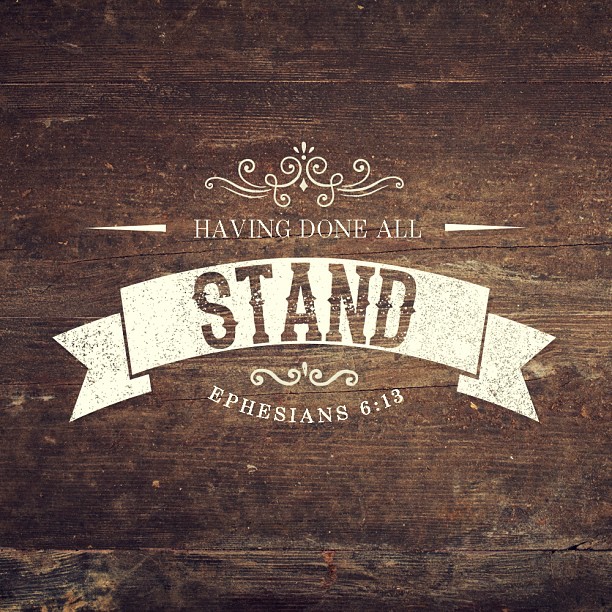